Kobuk Valley National Park is enclosed by mountains – the Waring mountains and the Baird. The park does protect some important natural features including;

The sand dune sand was created by glaciers grinding the rocks, which was then carried by the westerly winds during the summer months, and by the easterly winds and water during the remainder of the year. There are 150 feet high sand river bluffs which hold fossils of Ice Age mammals in the permafrost – now that’s geological gold.

The Kobuk River is mighty wide, up to 1,500 feet in places and falls only 2 or 3 inches every mile – fast flowing it ain’t – and the river valley is very important to the caribou herds which migrate across the river on their annual migration and can be seen from late in August until October.

The Baird Mountains rise sharply out of the lowland to impressive heights ranging from 2,500 feet to around 4,750 feet. Part of the Brooks Range they are largely made up of sedimentary rocks from the Paleozoic period and even older rocks which have been metamorphosed, thrust skywards and folded. Other rock types found include conglomerate, shale and sandstone, as well as some metamorphosed limestone.

The Waring Mountains are broadly folded and run at the south of the Kobuk River. The rock types found in these mountains include sandstone, graywacke, shale, conglomerate and siltstone. These peaks are generally much lower than the peaks of the Baird Mountains, reaching generally less than 2,000 feet.

Running through the lowlands between the Baird Mountains and the Waring Mountains is the Kobuk River. The whole lowland area is covered with alluvial deposits and glacial drift which includes deposits of gravel, silt, sand, outwash and clayey till. Beneath this covering lies the underlying bedrock composed largely of cretaceous sedimentary rocks like sandstone, shale, siltstone and conglomerate. 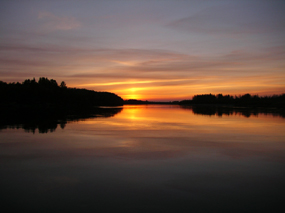 Kobuk Valley National Park does not currently have any glaciers although their are five major glaciations evident in the region of northwest Alaska. Two of these early glaciations – the Ambler and the Kobuk were known to have covered large portions of the Kobuk valley plus the drainage from the Baird Mountains.

The Great Kobuk Sand Dunes are the largest active sand dune field which can be found in the arctic of North America. They display a revealing sequence of the development of dunes ranging from the concave dunes with cover of vegetation   towards the eastern side of the sand dune field, as well as the crescent shaped brachan dunes, standing more than 98 feet high to the west.